This week’s project was a new challenge for me and I almost didn’t get it finished.  Partly because I hesitated on it and partly because it was a busy week.

So, I had this little bench/stool that someone gave me years ago.  On the underside it says Hibriton Co.  I couldn’t find much about the company but I think the stool might be from the 60’s.  When I got it, it had a beat up needlepoint cover on it (probably not the original cushion) but several years ago I changed the cover to a purple silky cover so I could use it for a display.  Then it ended up in my daughter’s room for years (she loves purple and it matched her room).  This week I decided to give it a new look.

First, I painted it with Miss Mustard Seed Milkpaint (Mora).  Usually I would sand the surface down a little so the paint will adhere better but this time I decided to test how chippy it would get without sanding since I wanted a distressed look.  Well, it definitely got chippy. 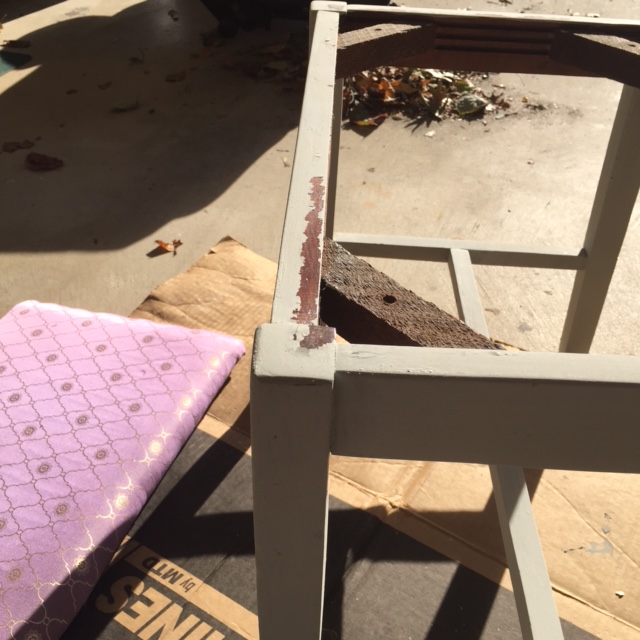 Actually much more than I had hoped for but I decided it was still okay. 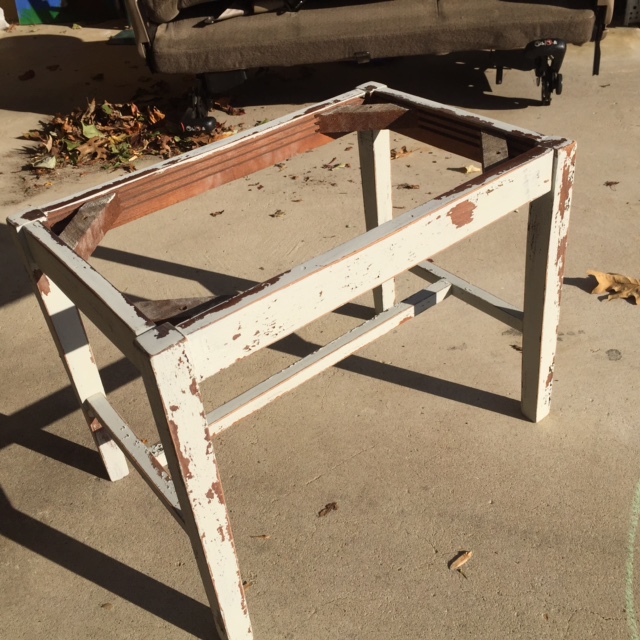 After painting I smoothed it down a bit with a fine sand paper.  This gives the milk paint a smoother finish.  Then I wiped it down with a damp paper towel.  Oops.  Probably a mistake.  The paint started chipping a lot more and flaking off. 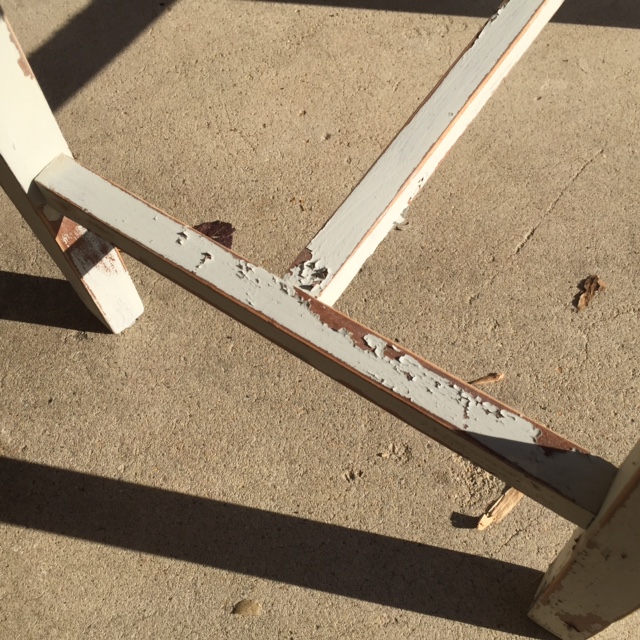 So, next step was to redo the padded seat.  I got some new padding, covered it with a little bit of batting and then covered the whole thing with some cheap muslin. 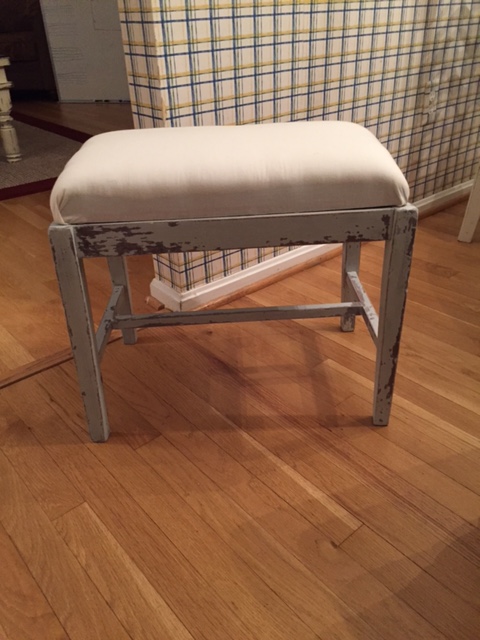 Then came the challenging part…  A skirted cover.

After looking through my stash of fabrics I decided to use a blue ticking I had.  The tricky part was the piping.  I’ve never done piping before but it turned out not to be too difficult.  Then I added a pleated skirt to it…Another new challenge but again not as difficult as I thought it would be.  In the end I really like how it turned out.

Another project finished.  Time to move on to the next one. 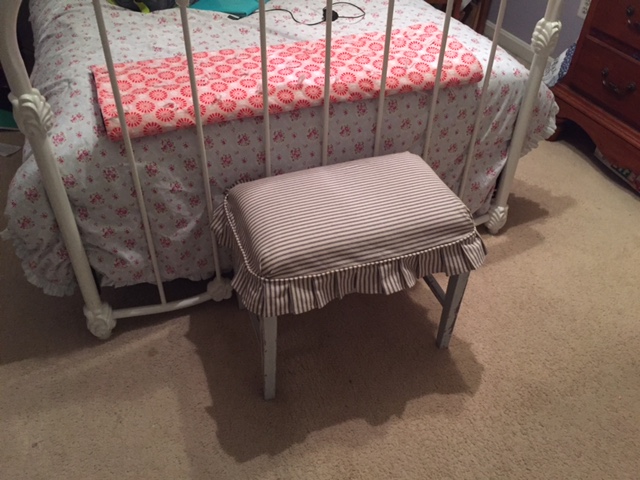